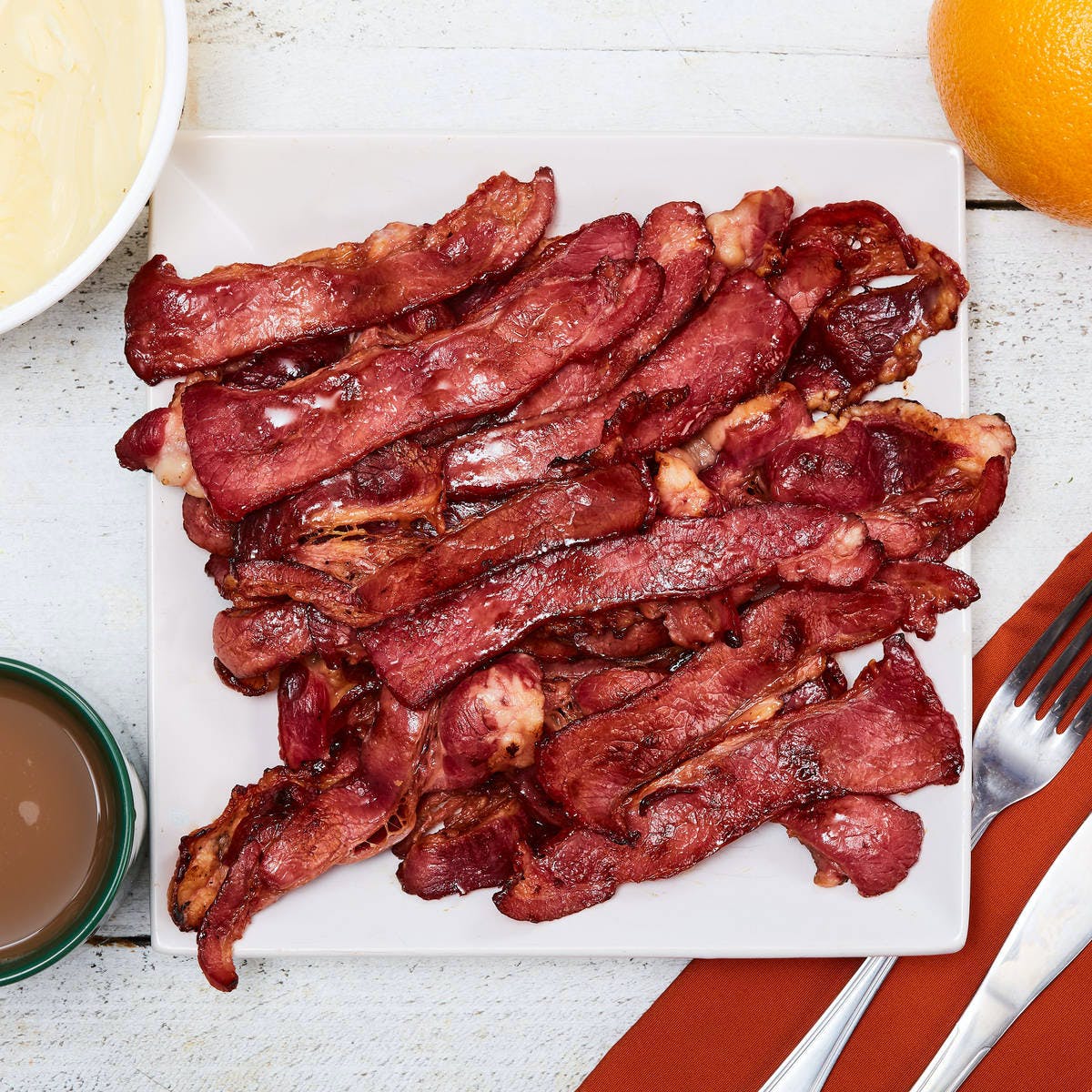 Because Elk meat is not cut from the belly like traditional bacon, it is leaner and larger than pork or beef bacon. Don't worry about flavour though - it is still brined and smoked just like regular bacon. While lower in fat, it's still high in protein, and you don't need to worry about it being tough or gamey. This elk bacon comes from Springvale Fine Foods in Rockyford, Alberta.

COOKING TIP: Even though it has less fat than pork bacon, you can still cook it the same way. On a frying pan, in the oven, or even in the microwave. Keep an eye on it because it will cook faster without that extra fat and end up on the dry side. If you do accidentally overcook your elk bacon, just eat it like jerky or crumble it up and use it as a salad topping. Crisis averted.