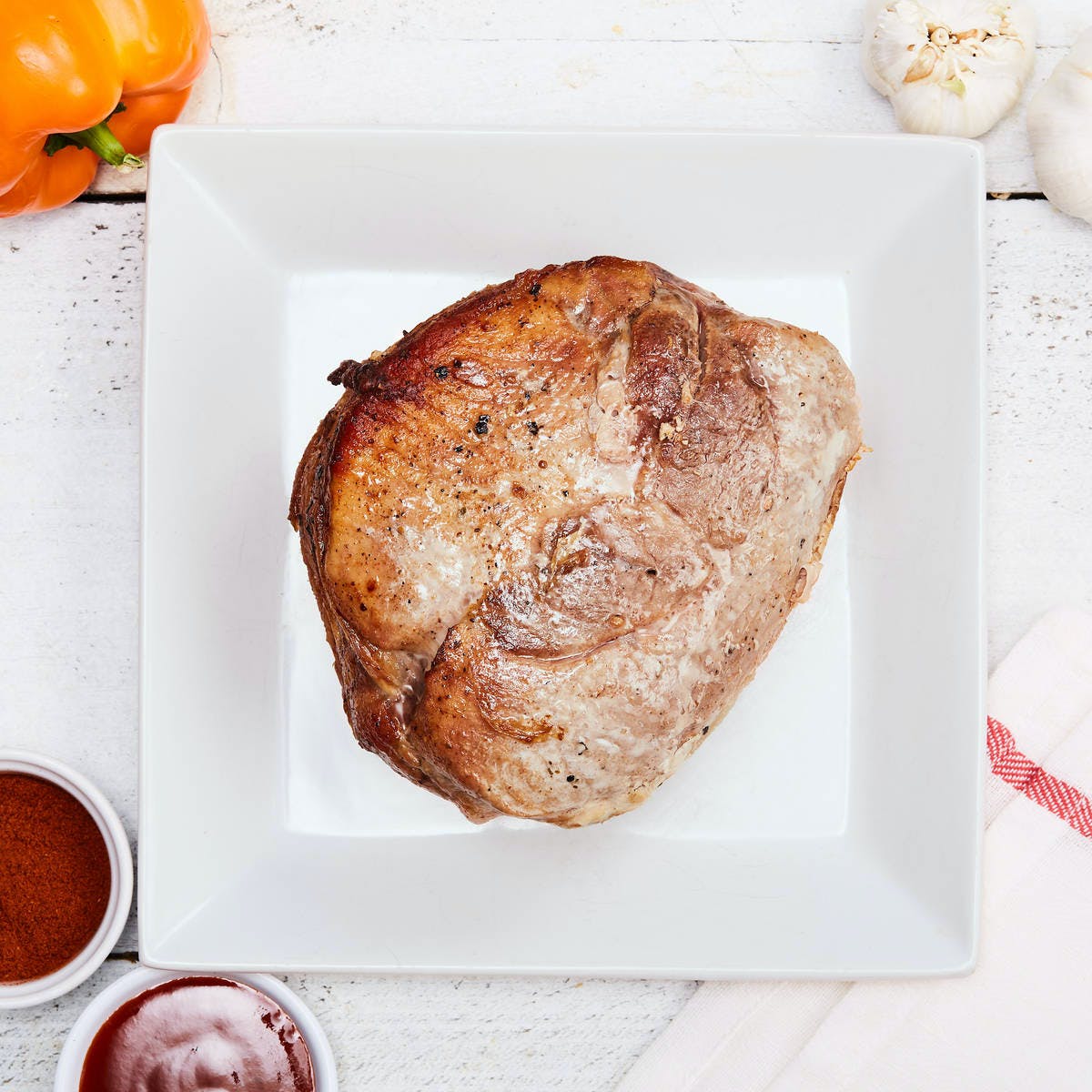 Pork loin is a lean, tender cut from the back of the pig that has a healthy fat cap, which keeps the meat moist while cooking. Coming from Townsend Butchers in Simcoe, ON, this pork loin roast is actually two boneless loins that have been tied together and coated in BBQ chicken seasoning. This is a no brainer for a hands-off meal since it's already seasoned and easy to slice through the boneless roast after cooking.

COOKING TIP: This roast is pre-seasoned and ready to go in the oven or slow cooker (fat side down). You'll want to let the roast for at least 30 minutes after cooking to let the juices make their way around the tender meat so you don't lose any of that flavourful liquid gold. If you're going for oven route, add some Brussels sprouts and chopped sweet potato into the tray with the BBQ pork loin roast.