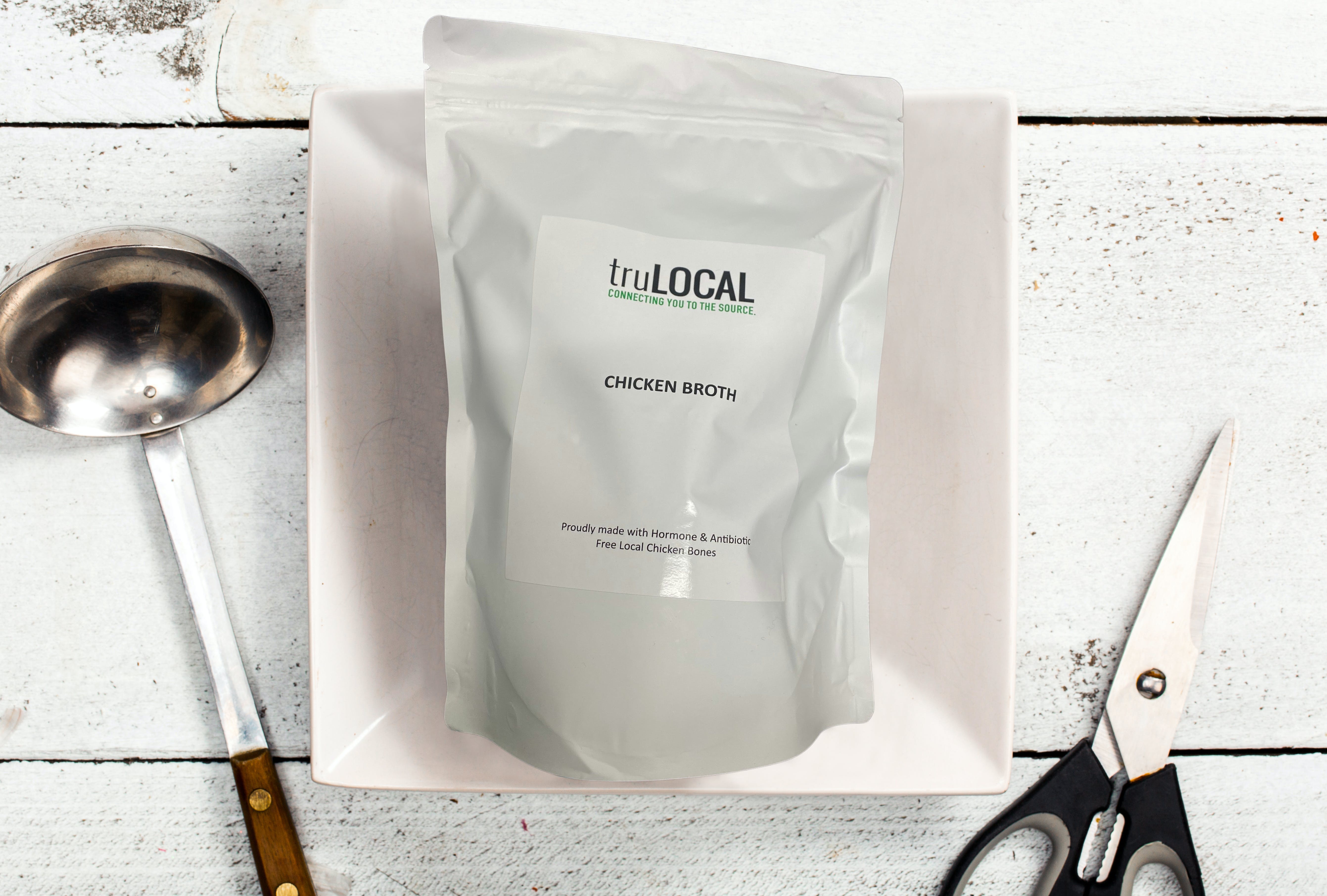 The first thing most people think of when they hear chicken broth is a basic chicken soup recipe. It’s a shame because this chicken broth is so good that it should be used for recipes beyond a simple soup. Just how good is this broth? Well, after we tried it, we decided to partner with Nuvo Taste to make it the first product to proudly display the truLOCAL name. You know we wouldn’t do that if it wasn't the best product on the market. This broth is made with chicken bones that were raised without antibiotics and simmered with carrots, celery, onions, and minimal seasoning. The resulting broth is a collagen- and nutrient-rich broth that begs for recipes beyond soup - although, it does make an amazing soup too!

COOKING TIP: This product is very versatile and can add flavour wherever it is needed. One of our favourite ways to use broth is to braise with it. Braising is browning meat in a skillet or pot and then finishing the rest of the cooking in a liquid, such as broth. It adds so much flavour and is the secret behind how food seems to taste more flavourful and juicy at a restaurant. In a large oven-proof sauté pan or Dutch oven, heat some onion and garlic in olive oil and then set them aside. Add bone-in chicken legs and brown each side for five minutes while your oven heats to 325℉. Add some white wine, a bay leaf, and a cup and a half of chicken stock and cover it with a lid and cook it in the oven for about an hour. After tasting this delicious chicken that is so tender that it falls off the bone, it will be the new way that you cook chicken.