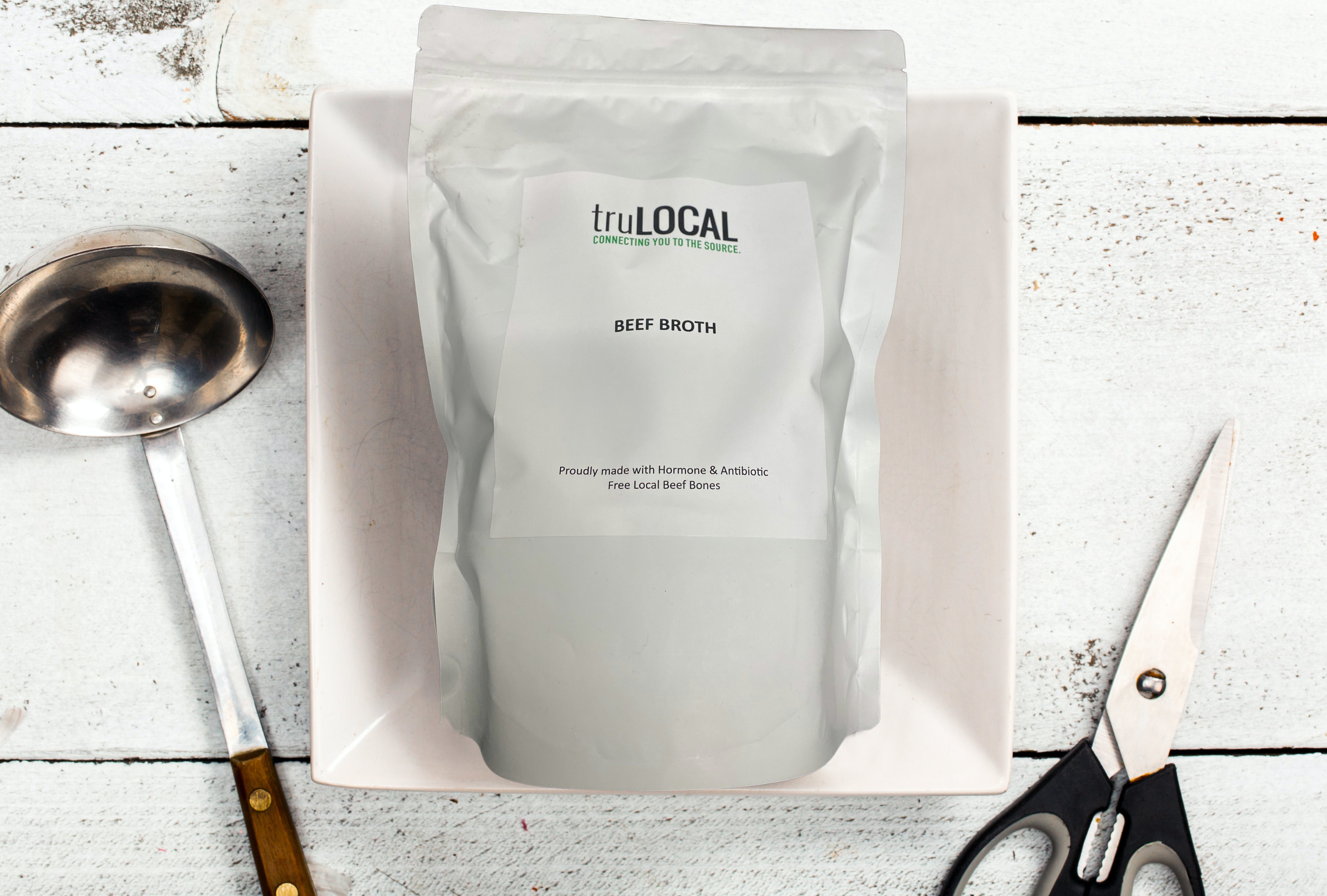 This nutrient-rich broth is so good that we decided to put our truLOCAL name on it! We partnered with Nuvo Taste for the first ever truLOCAL branded product - Beef Broth. It is made in small batches with beef bones sourced from local Ontario farmers that raise their beef with absolutely no antibiotics. The bones simmer with carrots, onions, celery, and just a touch of seasoning for over 18 hours. The resulting broth is thick, collagen-rich, and just waiting for your next soup, although, this broth can do so much more than make soup.

COOKING TIP: Beef Broth excels in any recipe that needs both flavour and moisture. Try adding some when making rice, potatoes (braised or mashed), ramen, or sauces like curry or pasta sauce. Our new way to cook pasta is so full of flavour but before you throw pasta into boiling water, just hear us out. Ditch the pot of boiling water and cook the pasta like a risotto where you repeatedly add small amounts of flavoured liquid to be absorbed by the pasta.

Start by cooking a finely diced onion in some butter or olive oil in a large frying pan until soft then remove from the pan and replace with pasta. Pour roughly half a cup of broth into the pan and start stirring until it is absorbed. Repeat this process of adding a ½ cup of broth at a time and stirring until it is absorbed until the pasta is cooked to your liking. This typically takes about 20 minutes and about 2 ½ cups of stock but it is worth the effort! Top it with parmesan cheese and pepper and wonder why you cooked pasta any other way.