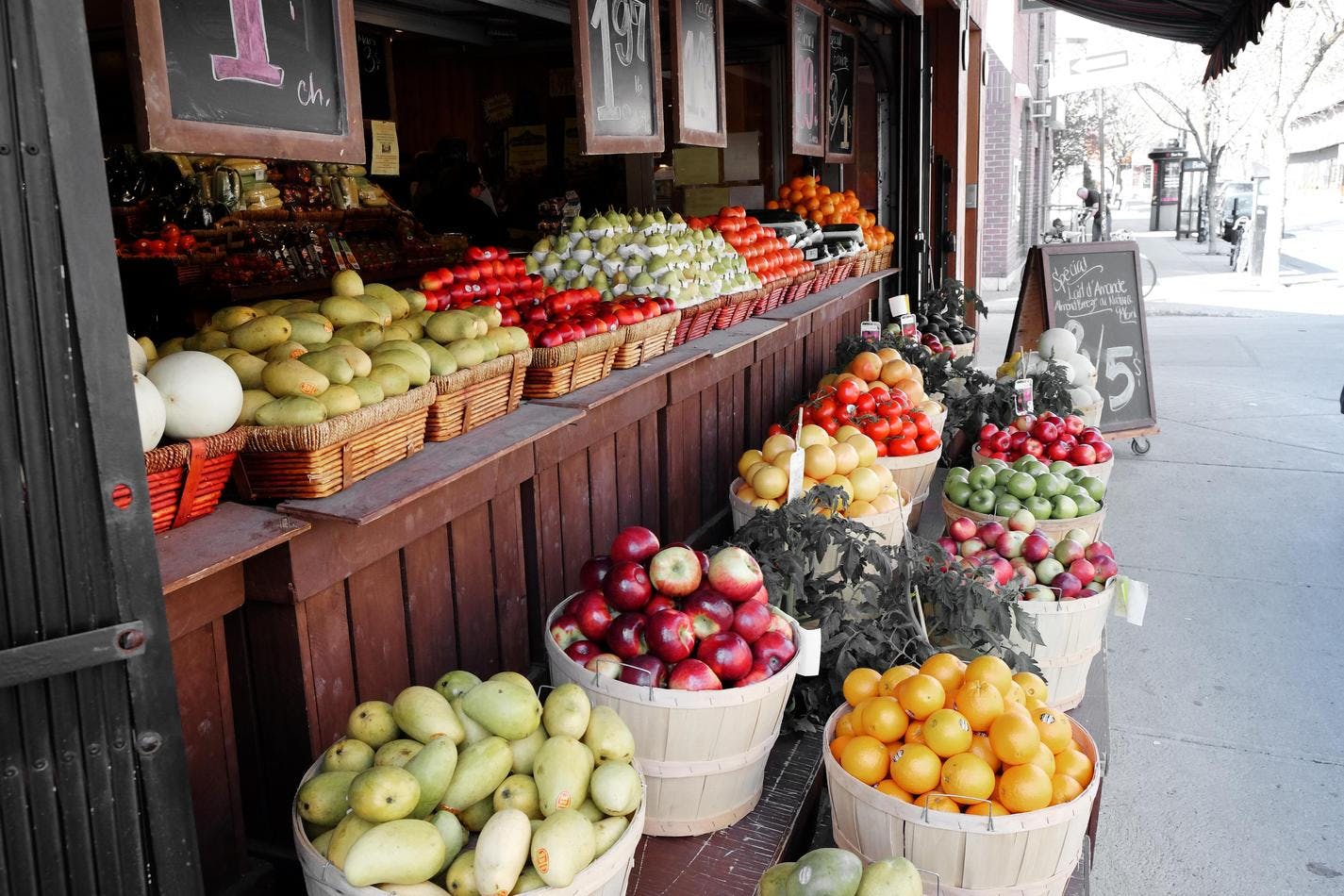 Why Does Food Taste Better in Europe?

Around the world, food is a necessary part of our daily lives and it is one of the single greatest unifying aspects across cultures.
While the concept of food is consistent, the ingredients, quality, availability and expectations are often a large part of what makes a culture distinct.

Around the world, food is a necessary part of our daily lives and it is one of the single greatest unifying aspects across cultures.

While the concept of food is consistent, the ingredients, quality, availability and expectations are often a large part of what makes a culture distinct. Take Italian cuisine, when you step into a restaurant in Italy you can order a simple plate of spaghetti, and despite a small number of simple ingredients, the meal can be loaded with flavour. The incomparable quality in just a few ingredients can effortlessly transform a typical plate of spaghetti into a flavour loaded meal. It’s the ripe tomatoes that are perfectly portioned in sweetness and acidity that make the watery produce common to North American vegetables seem like an epidemic.

The discovery of high quality produce is a frequent discussion among travelers who have been to the Mediterranean. The palate awakening fruits and vegetables beg the question of how North American produce lacks the full taste that should infuse a watermelon, lemon or tomato. So, how is Canada getting stuck with the bland produce of the world?

While experts and researchers of agriculture and food studies can attest to the taste of European fruits and vegetables, they confirm that there’s not a scientific or geographically based explanation for this difference. It’s not that we don’t have the ability of making our produce taste better, we have the soil, the sun and the water to allow our produce to flourish- we just choose not to do so.

Some specialists have devoted their careers to developing nutrient-dense vegetables. For example, tomato seeds grown right in North America that produce tomatoes packed with a taste matching that found in Italy have been developed. The unfortunate reality is that in our country, the fact that something is delicious and nutrient packed doesn’t count for much. This type of quality would require slightly more labour which of course means a slightly higher cost. The bottom line is that in terms of produce, it isn’t the quality and the flavour that is being required and demanded, it’s the quantity of product- how many tomatoes can be bought for the lowest price. Unfortunately, this results in a country that doesn’t know what a tomato should taste like. Growers increase the size of their fruit at the expense of flavour and don’t think twice about this decision. In North America, the market value of size and quantity outweighs the value of flavour.. likely because most people haven’t tasted the true flavour of a perfectly acidic and sweet tomato, so a tasteless tomato is accepted as the norm.

With this cultural norm comes the shift from food representing a sense of community or being a symbol for status to instead being simply seen as a necessary aspect of survival. For North Americans, we prioritize access over seasonality and have sacrificed any high expectations for better tasting, flavour filled meals. We expect produce to be available at all months of the year and this in part, reflects the natural wealth of our country. Unlike other countries, we haven’t faced agricultural hardship where rotating crops is necessary. Instead, we eat and shop for produce out of habit, with a focus on what’s readily available, visible, accessible and affordable. Most of these aspects come down to the two underlying sources of decision making, financial and/or time constraints that can take the blame for us accepting suboptimal produce and taste. Inevitably, the need for produce to be available 24/7 means that the produce we’re eating has been picked long before it has ripened. The way that produce is treated after its picked (e.g. sitting on a truck or plane while it is shipped for days) largely impacts the freshness and taste of the produce you put on your table. This is not unique to North America, Europe too has out-of season produce sold in stores. The difference is that Europeans will often demand and pay for the better quality products due to high standards related to the food they eat.

These high standards come with a different cultural expectation and understanding of food. Cooking and food is not a chore, it’s part of people’s identity. Many countries pride themselves on their food, their wine or their cocoa beans to make top quality chocolate, for example. Take a winemaker in France, not only must a particular grape blend be used, specific production practices have to be followed for a pre-specified amount of time. These individuals’ want to take their food seriously and provide quality products and there are processes in place to ensure that this is done. There are laws in place to regulate quality assurance (e.g. in Italy there is the DOC system) which is government-regulated and guarantees quality is met for food and wine. Quality is not an option; it is a mandated requirement. As North Americans, we have safety regulations in place for food but not quality regulations, which undoubtedly holds us to a lower standard if we don’t demand better quality as a whole.

This government-regulated process in Europe is not unique to produce and wine, it is also in place for meat, take chicken for example, chickens are raised more slowly, on free range farms with access to pasture. There are rules in place for pesticide and antibiotic use and the result is better tasting chicken. These European countries don’t find this process daunting, instead, they want it and protect it for cultural and taste value. The public won’t tolerate low quality food and they don’t take kindly to inferior quality food trying to be passed off as adequate.

One of the biggest differences between North American and European food priorities often come down to the shoppers themselves. Finding flavourful food involves increasing our expectations and seeking out the excellent-tasting food options that are available in your area. Seeking out this quality food doesn’t have to be an effortful, expensive process spent travelling from grocery store to grocery store. Some of the best, high quality options are available to be delivered to your doorstep at an affordable cost.