Let's face it, bread is delicious. Bread has been a favourite in countries all over the world, and it's definitely not going away anytime soon. It is important to understand how bread is made and the different types available to ensure you are making the best choice when indulging! 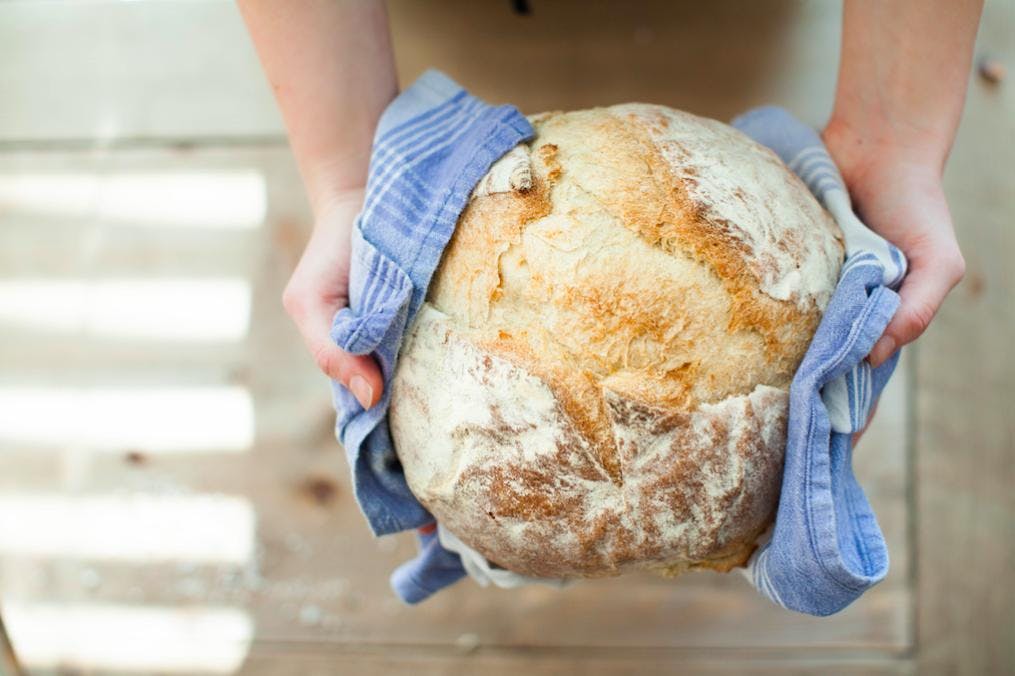 When it comes to eating well and making the best choices, the simplest thing to do is focus on eating whole foods in their whole format, or foods that are simply one ingredient. Eating whole foods can be easier said than done, and some foods are definitely more difficult to cut out than others! Let's face it, bread is delicious. Bread has been a favourite in countries all over the world, and it's definitely not going away anytime soon. It is important to understand how bread is made and the different types available to ensure you are making the best choice when indulging!

White vs. Wheat vs. Whole Wheat

A grain of wheat in its natural form contains three edible parts; the germ, endosperm, and the bran. Each layer contains different integral nutritional components of the grain; the germ contains B vitamins, some protein, and minerals; the endosperm contains starchy carbohydrates, proteins and small amounts of vitamins and minerals; and the bran layer contains antioxidants, B vitamins, and ﬁber. When a grain of wheat is made into flour it can be done one of two ways; by grinding the whole grain, all parts intact, to make whole wheat flour or by removing the bran and germ to make refined wheat flour. Because the bran and the germ contain most of integral nutrition components of the whole grain, many of the vitamins, mineral, and phytonutrients are lost in the process of many refined flours. In fact, without the bran and germ, about 25% of a grain’s protein is lost, and at least seventeen key nutrients are greatly reduced. Therefore manufacturers will add back some vitamins and minerals to enrich reﬁned grains, so reﬁned products still contribute valuable nutrients.

In addition to wheat flours, there are many other types of flours and processing terms that have become marketing buzzwords, such as multigrain, stone-ground, or gluten-free so let’s have a look at some of the most common to see if they are worth the hype.

Not All Bread is Created Equal

As with any food, the ingredients a food contains have a huge impact on its nutritional value, however so does the way a food is prepared. Consider a simple example; a white potato can be made into both a baked potato or deep fried in vegetable oil to make chips. Although these foods are made of the same ingredient, potato, they are not nutritionally equivalent. So, it is important to note that there is a difference between real bread and common refined grocery store bread.

Technically speaking, the only ingredients required to make bread are flour, water, and salt. Contrary to popular belief, yeast is not a necessary ingredient for bread making. In the traditional bread making process, flour and water are combined to create a ‘starter’ that reacts with wild yeast and lactobacilli bacteria present in the air, which is left to slowly ferment, which helps the bread to rise before transferring it to an oven to bake. This process is referred to as sourdough bread. This benefit to this method is that the sourdough starter produces lactic acid which helps to naturally ferment the dough, the same way bacteria ferments yogurt, sauerkraut, pickles, kimchi, and other fermented foods, which is said to “pre-digest” the grains, remove anti-nutrients, increases the content of beneficial bacteria in the flour, and therefore helps to make the bread more easily digested. However, because the process of making sourdough bread can take several days, today, most commercial breads are made with domesticated active-dry yeast or baker’s yeast. Doing so helps to speed up production time, which is simpler for commercial use and mass production, and easier for bakers to use and store, however in doing so the natural fermentation and leavening process does not allow for the same health benefits.

When it comes to grocery store breads, it is important to look away from the buzzword covered labels and focus on the ingredients list to ensure you are buying the best quality bread you can. Many common brands will include unnecessary ingredients that can easily be avoided.

Although it might seem more than impossible to find healthy bread options, I can assure you it is fully possible. When it comes to the best options, here is a simple guide to buying healthy bread:

Sourdough bread will always be the very best option as it ensures the bread was made with whole grains, wild yeast and was naturally leavened. This ensures that the bread contains all of the nutritional benefits of the grain and is naturally fermented making the bread more easily digested by the body. Finding true sourdough bread is easiest done by visiting a local farmers market or bakery, just be sure to ask the baker if you are unsure. Some grocery stores might carry sourdough bread, but be sure to read the ingredients list and ensure is made with flour, water and a sourdough starter or sourdough culture or cultured flour starter, as the ingredients should not contain yeast in true sourdough.

Sprouted grain breads would be the next best option to sourdough, and they are more easily found in health food and grocery stores. Look for an ingredients list with minimal ingredients including sprouted grains (multiple types of grains is fine), bacterial culture or yeast, water and salt. In some cases these breads are kept in the freezer sections of grocery stores to ensure they don’t go off too quickly (they don’t contain preservatives after all).

If sourdough or sprouted grain breads are not available to you, at the very least ensure that you are choosing a whole grain bread. This can be a wheat bread, multigrain bread or ancient grain bread, just ensure that a whole grain flour was used to make the bread. Be sure to read the label to make sure the bread does not contain any added sugars, oils or excess sodium, however the inclusion of any nuts or seeds would be just fine.