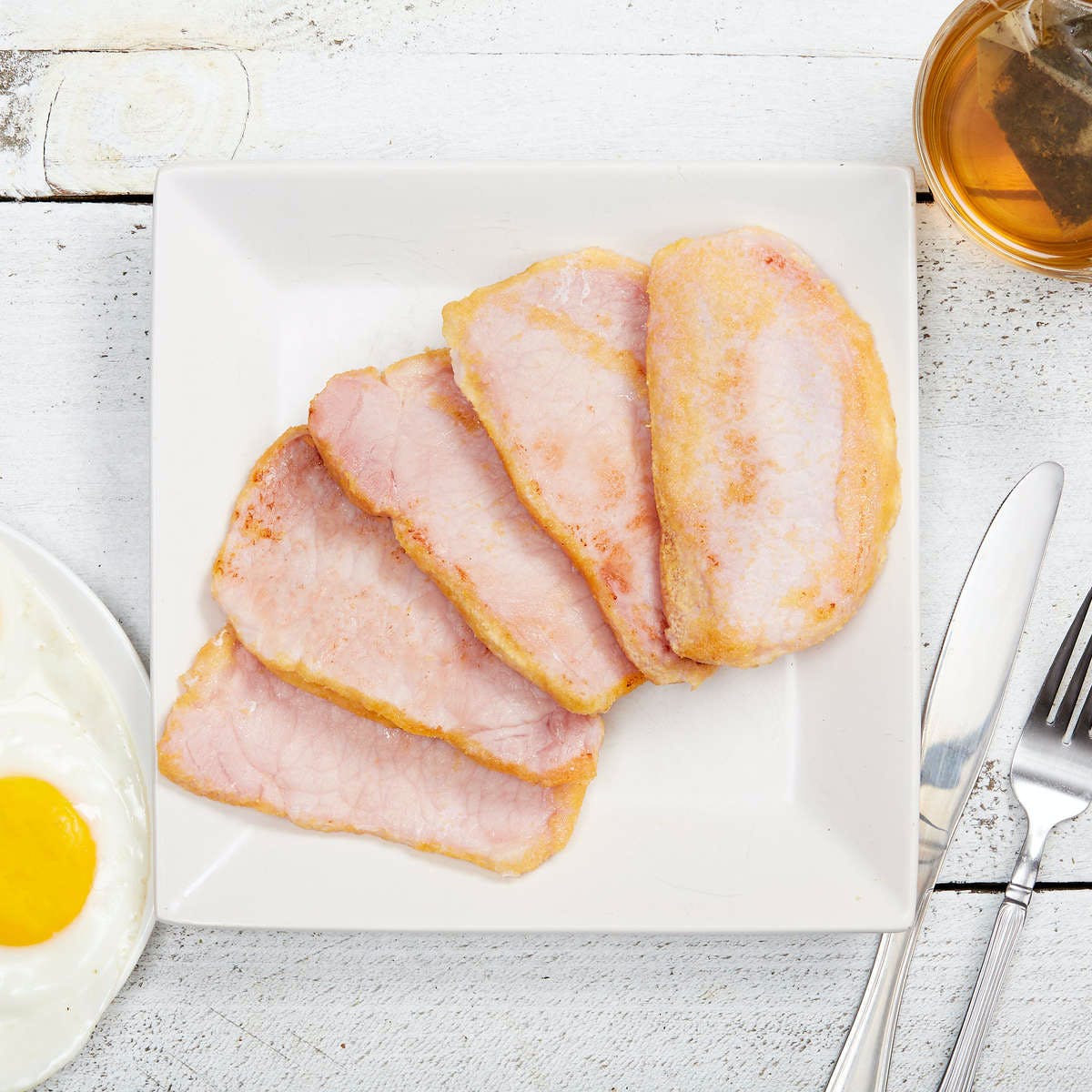 Often confused for “Canadian bacon” (which, believe it or not, is actually a type of smoked bacon from the United States), peameal bacon is an iconic Canadian breakfast food and a tasty addition to your next box! While traditional side bacon is cut from pork belly, peameal bacon (sometimes also known as back bacon) is made from boneless center-cut pork loin, which makes it comparatively leaner. It's then trimmed for excess fat, cured in a wet brine, and rolled in cornmeal. That's what gives it those golden yellow edges. This peameal bacon is from our friends at Townsend Butchers who raise their vegetarian-fed pigs in Simcoe, ON.

COOKING TIP: Since peameal bacon is leaner than traditional side bacon, it needs a bit of oil for cooking. You can brush it with a bit of oil and put it on the grill or fry it up in a pan over medium-high heat. It's great with eggs in the morning or in a breakfast sandwich, but you can also enjoy it for lunch or dinner. Just nestle a few slices of cooked peameal bacon in a kaiser roll with some grainy mustard and apple butter. It's life-changing.