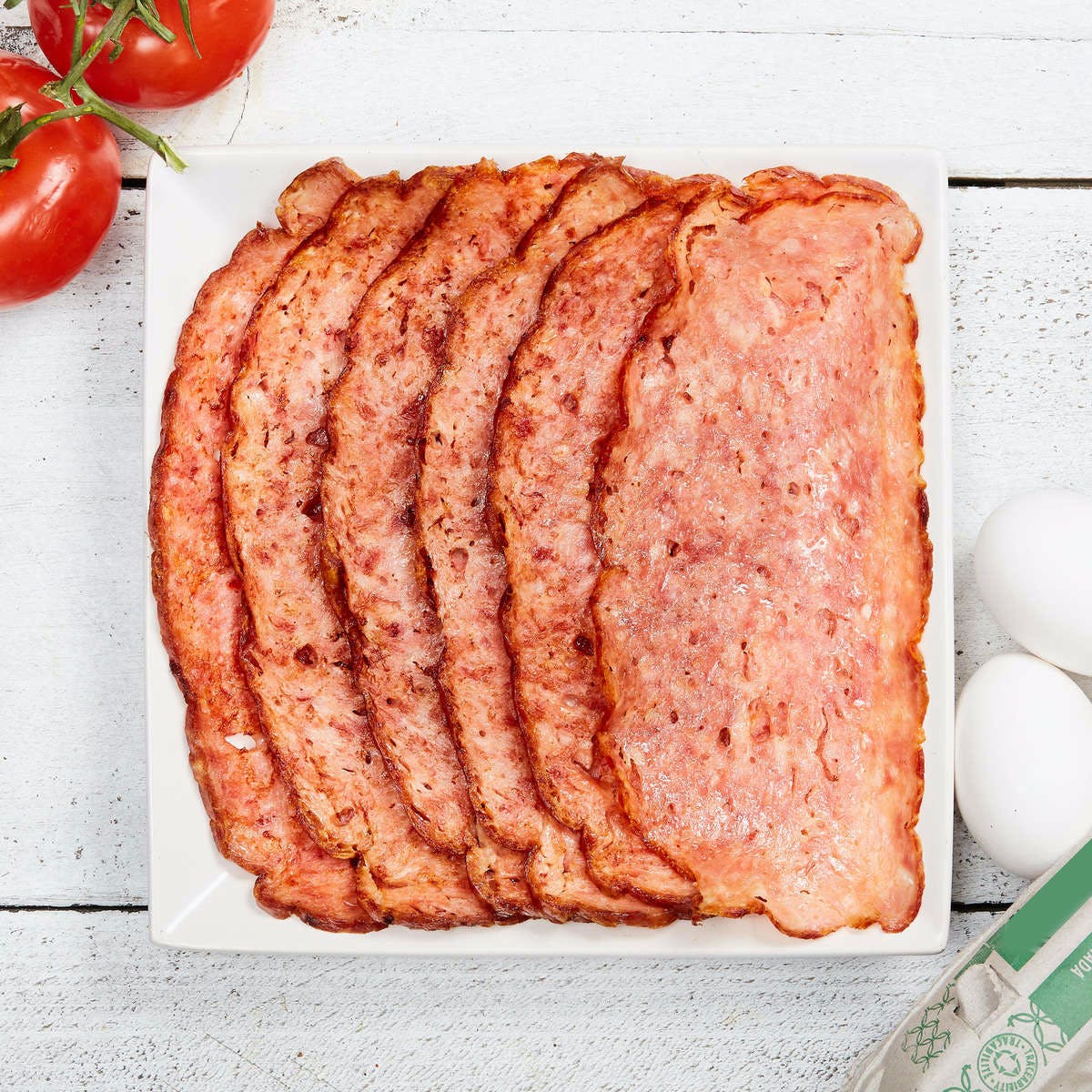 Made with turkey locally raised in Simcoe, ON, Townsend Butchers is here to provide a leaner alternative to traditional pork bacon. With less fat and fewer calories, but still a ton of savoury flavour, turkey bacon is a good option for those who can't get enough bacon but are sticking to a leaner diet. Keep in mind that because of the lower fat content, turkey bacon does not crisp up the same way you expect from traditional pork bacon.

COOKING TIP: Start by preheating a bit of oil on a nonstick pan over medium heat. Once the oil starts shimmering, lay a few strips of bacon in so they don't overlap. Keep flipping them every couple of minutes until they're nice and golden brown. We love to layer slices of turkey bacon in a club sandwich with lean chicken breast, lettuce, tomato, and mayo!