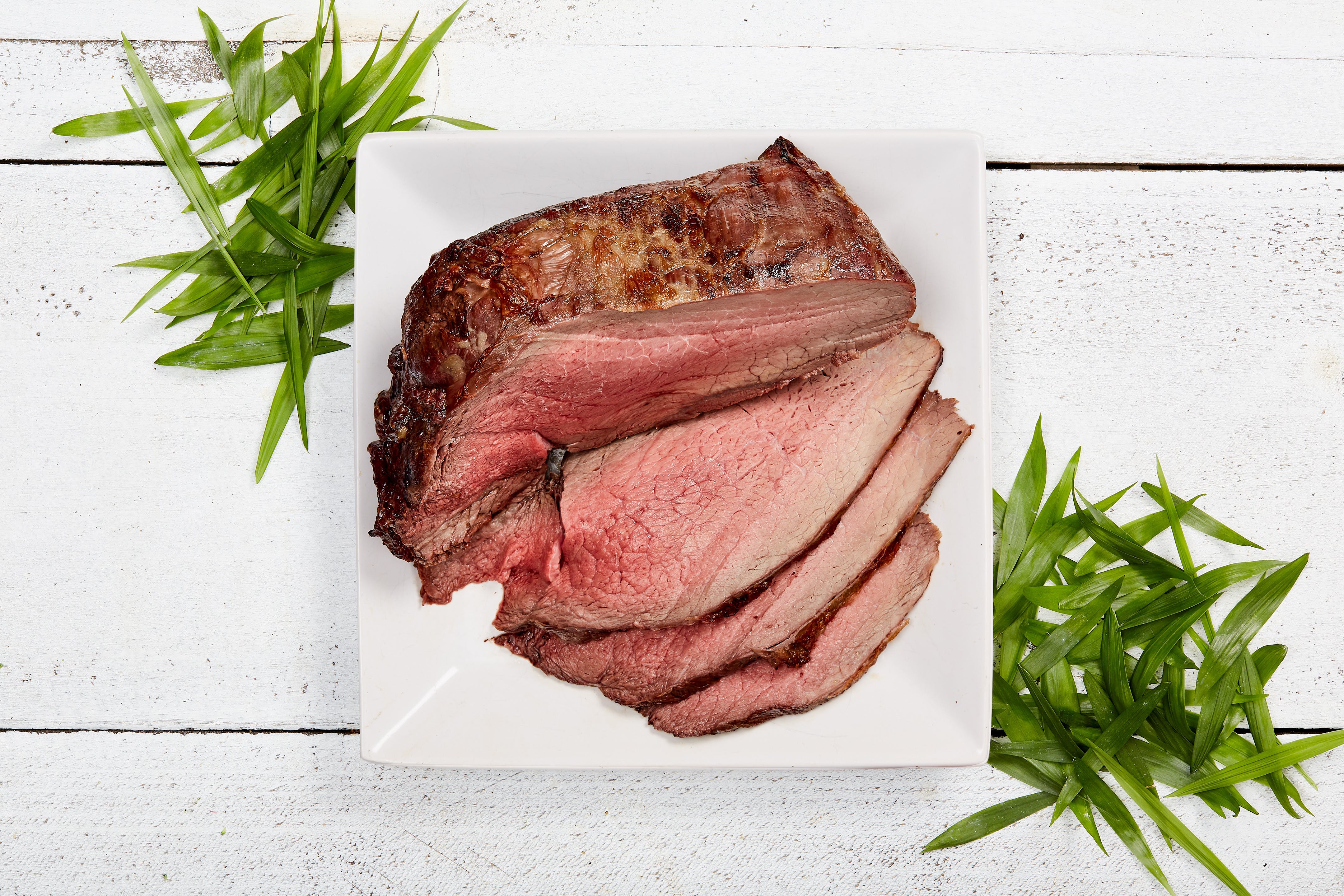 You're probably thinking "the word sirloin gets thrown around a lot, is it all the same thing?" Short answer, no. We'll go into it just a little bit. Not to be confused with the top sirloin, the sirloin tip roast is cut from the largest muscle of the sirloin, which stems off the short loin. The top sirloin, however, is cut from the top of this large group of muscles. While these two pieces are adjacent to each other, the sirloin tip is less tender since it comes from the hindquarter, which is used for movement. Did we lose you? In conclusion, this 100% grass-fed, grass-finished sirloin tip roast is more tender than other round roasts but less tender than the top sirloin. And of course, like all the cattle at Heritage Cattle Co., the livestock is raised at a beautiful family farm in Keene, ON where they're free to roam on open pasture and raised without any antibiotics or added hormones.

COOKING TIP: Like all lean roasts, you'll want to let it cook for some time to avoid eating tough meat. You'll get lots of flavour and juicy bites if you opt for a dry herb rub and roast it slowly in the oven at a low temperature. Don't forget to let it rest for 15 minutes before carving. Creamed spinach is the perfect pairing, but sautéed spinach will also do the trick.