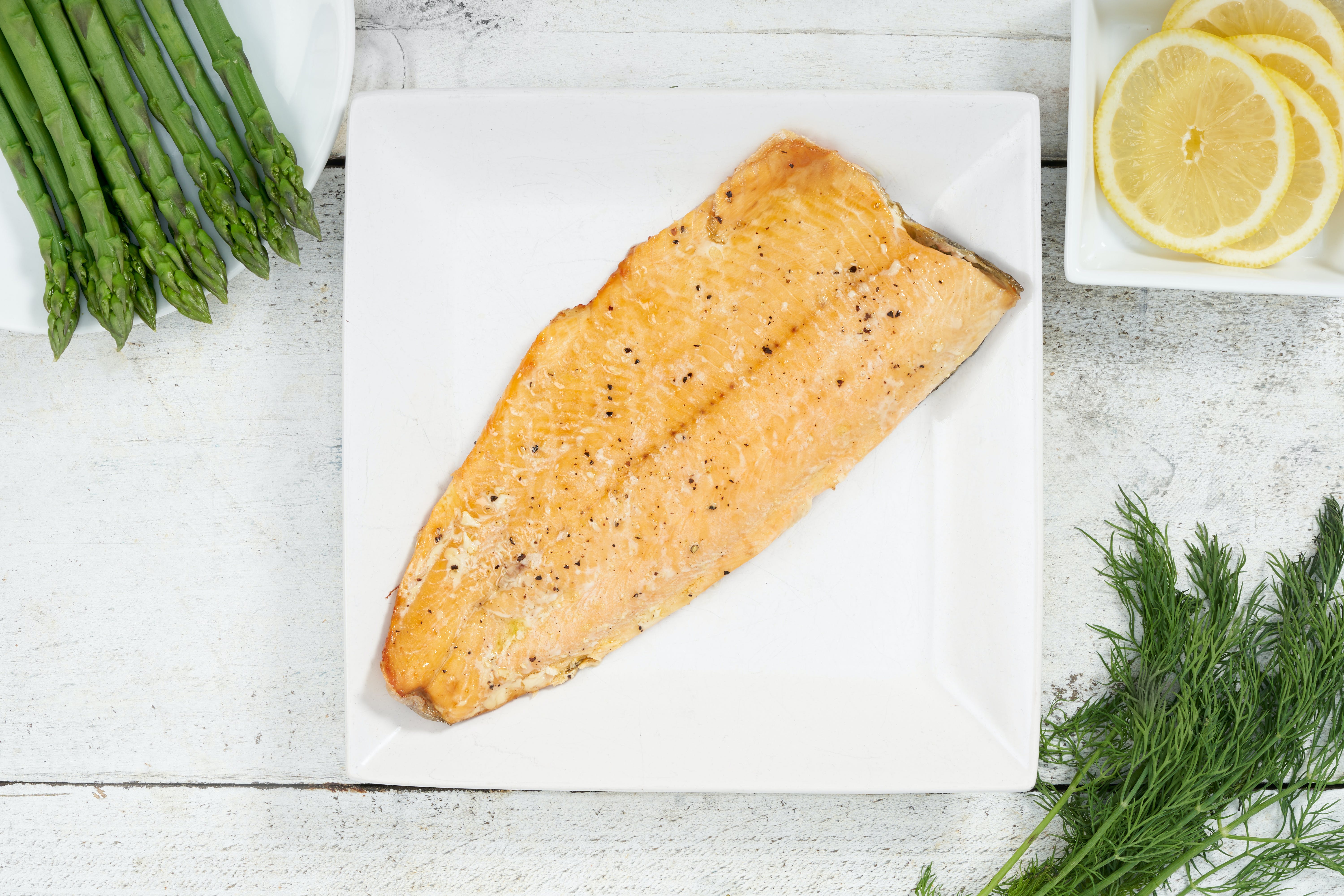 Arctic char is part of the same family as rainbow trout and salmon, and tastes quite similar. It’s native to the cold northern arctic and subarctic waters, in fact it's the only freshwater species that can survive that far north. The folks at Springhills have the perfect spring fed cold waters to raise arctic char, and have been sustainably cultivating them for two generations. If you like salmon and trout, you will definitely love arctic char. The flesh has slightly finer flakes as compared to salmon and has a slightly milder flavour, but not as mild as trout. You can tell the difference between char and salmon by the skin because char will have spots that are white, pink, or red on their side, while salmon often has dark spots or none at all. Char is rich in omega-3 fatty acids and is an excellent source of lean protein. In Canada, we do a great job of raising sustainable fish and arctic char by Springhills is leading the pack for sustainability. At 1 point per fillet, this affordable fish makes it easy to get your recommended two servings of fish a week. Note: As with any fish, this arctic char fillet may contain small bones.

Cooking Tip: You can use any recipe that calls for trout or salmon and substitute in the lesser-known arctic char. Here is a speedy way to prepare your fish. Once thawed (either in the fridge overnight or under running water for 30 minutes) marinate your fillet in 1 tablespoon of soy sauce, half a teaspoon of maple syrup, and ¼ teaspoon of toasted sesame oil. Remove fish from the marinade, season with salt and pepper and sear the fish, skin side up, on a hot skillet or under a 400F broiler for about 5 min. Carefully turn the fish over, and spoon the remaining marinade overtop until a minimum internal temperature of 70°C (158°F). Serve with steamed rice and sauteed bok choy. Garnish with chopped green onions and sesame seeds!