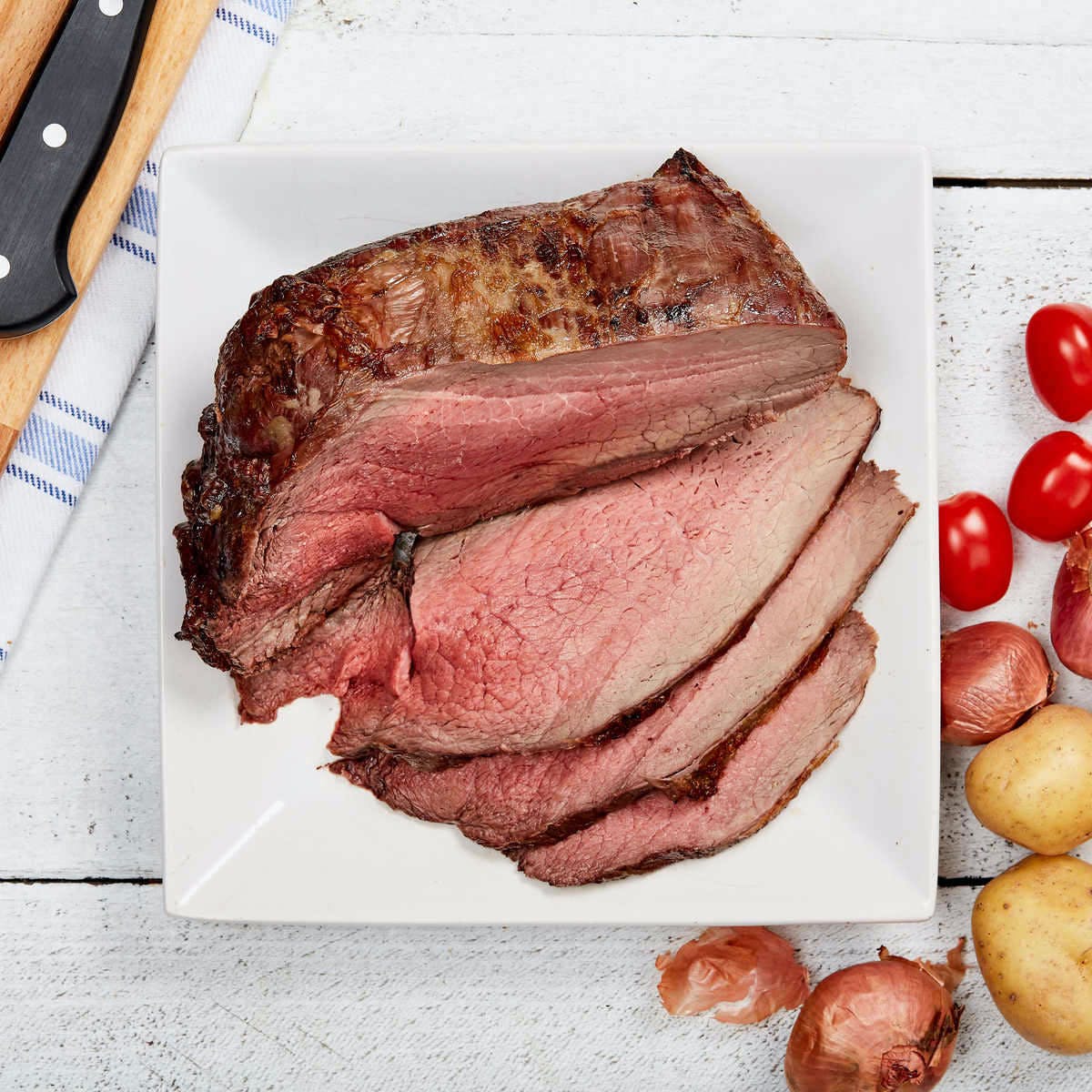 COOKING TIP: Like all lean roasts, you'll want to let it cook for some time to avoid eating tough meat. You'll get lots of flavour and juicy bites if you opt for a dry herb rub and roast it slowly in the oven at a low temperature. Don't forget to let it rest for 15 minutes before carving. Creamed spinach is the perfect pairing, but saut√©ed spinach will also do the trick.