There’s nothing – and I mean nothing – more satisfying than the sizzle of a beautiful slab of beef searing on the outside and warming to a beautiful pink on the inside. It’s perfection. This guide will take you through the different cuts, what they mean, and how to best cook them. 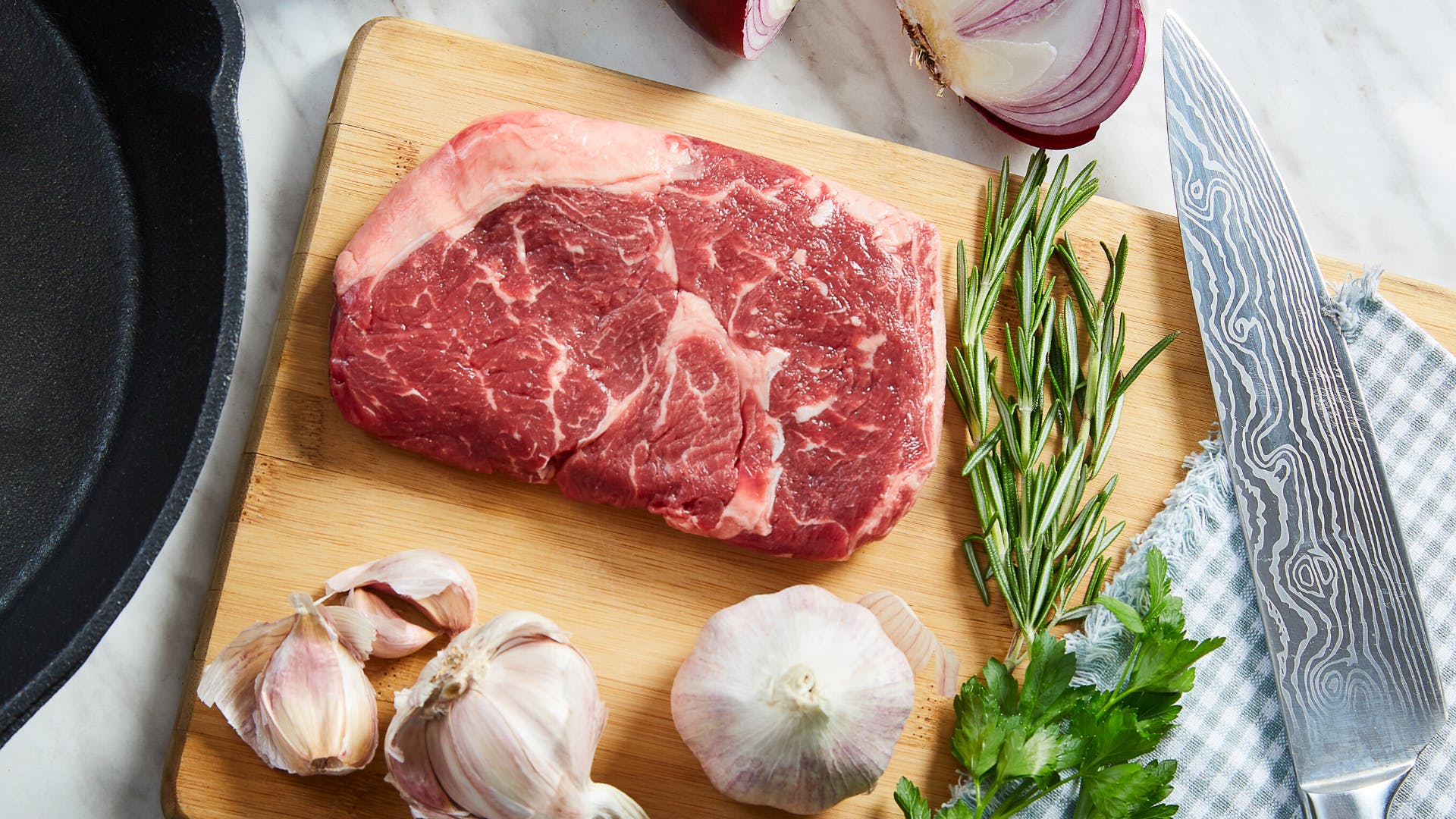 There’s nothing – and I mean nothing – more satisfying than the sizzle of a beautiful slab of beef searing on the outside and warming to a beautiful pink on the inside. It’s perfection.

When it comes to steak, there are a few important things to know. First, there are several different cuts, which vary in tenderness and fat content. Second, less is more. Steak doesn’t need to be heavily sauced or seasoned. It’s a showstopper all on its own. Third, heat is your friend. High heat will afford you that crisp sear on the outside, leaving the inside a beautiful pink (or, if you’re like me, still raw).

LET’S TALK ABOUT THE DIFFERENT CUTS.

First, and maybe most famously, you have your filet mignon. The filet mignon is cut from the smaller part of the tenderloin, and it’s the most tender cut of beef you can get. Why’s that? It’s cut from a non-weight bearing part of the muscle, so there’s less connective tissue. If you want to impress a guest, or have a delicious dinner by yourself, grab a filet mignon.

Next, you’ve got your striploin. It’s not quite as tender as a filet mignon, but it’s the next best thing. It’s cut from the short loin, which is also a less-worked muscle, meaning it’ll cut like butter. Striploins tend to feature a healthy dose of marbling, making them juicy and flavourful. There’s a reason why they’re a fan favourite!

Next up is the ribeye. It’s cut from the rib section of the cow, and it’s got a higher fat content, which means lots of flavour. This is one you’ll want to cook fast, on very high heat. Then you’ve got your top sirloin, which is cut from the upper middle of the animal. If you don’t love a lot of fat in your beef, but still want flavour, this is a great cut for you!

You’ve also got your flank steak, which is cut from a more exercised part of the cow. It’s a relatively long and flat cut, which makes it great for stir-frys, fajitas, burritos, and whatever else you can think to throw a steak in. Then, you have the round steak, which is less tender and much leaner than most other cuts. If you grill it or roast it, it’ll probably dry out — this cut is best for braising, or for making jerky.

Easy. Salt and pepper on both sides. Done.

WHAT IS AAA? GRASS-FINISHED? WAGYU?

What the cow eats, and the breed of cow, will impact the tenderness, and the marbling, of your beef. AAA beef is grass-fed, grain-finished. The cow eats grass on pasture for most of its life, then transitions to a grain-based diet to gain fat. Grass-finished beef eats grass its whole life, and is earthier, less tender, and less marbled. Wagyu describes four breeds of cow, originating in Japan. Wagyu beef is notorious for its intricate marbling and unique, mouthwatering flavour.