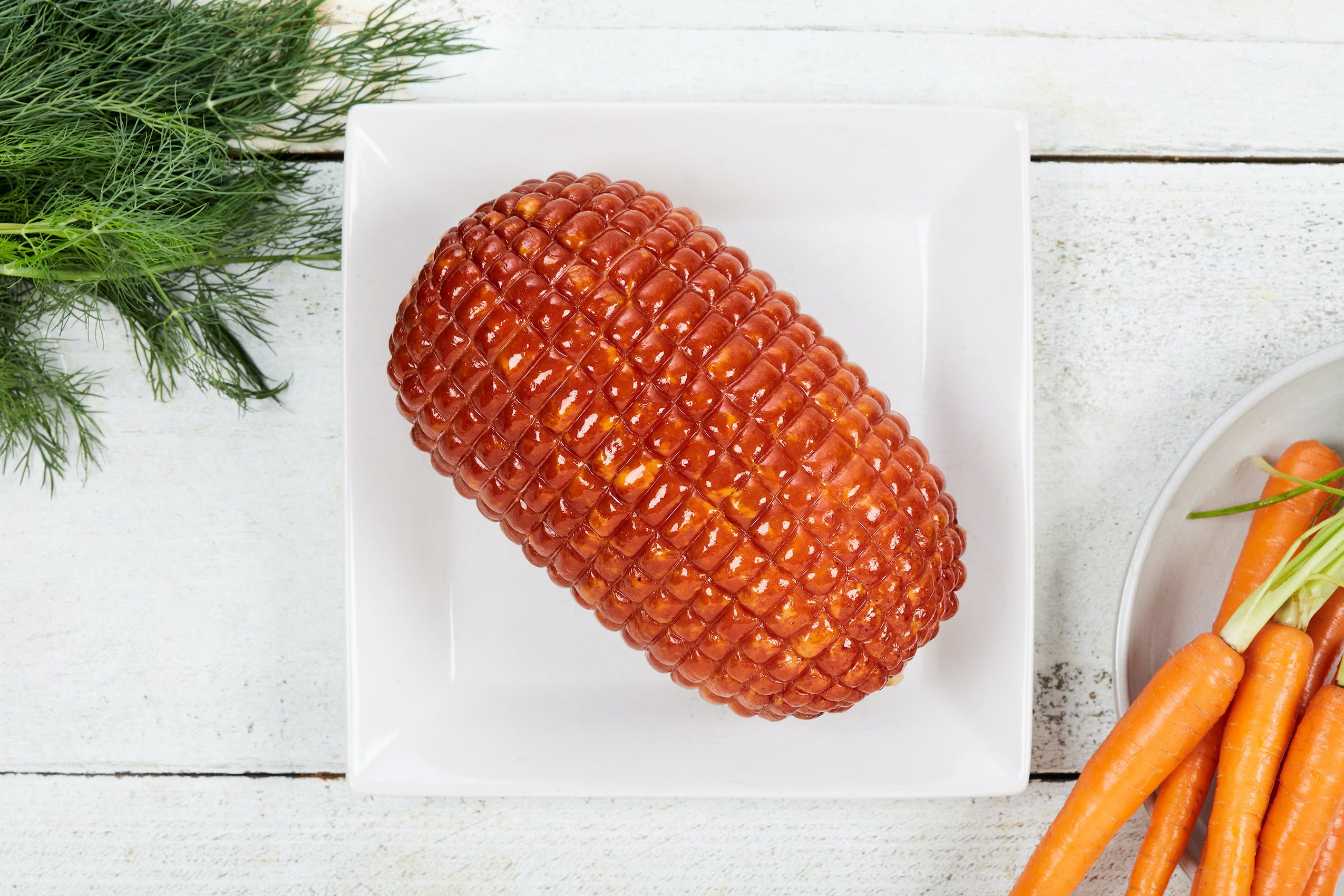 The naturally smoked large ham you love but in a slightly different version. Not to get too technical on you but hams are usually made from two muscles from the leg: the inside round and outside round. These are the hams that you picture when you think of a traditional Christmas ham - like our Smoked Boneless Ham. Our Baseball ham is actually different because it is made from the other muscle of the leg, the sirloin tip, but it's still brined and smoking the same way. The texture and flavour will be the same but the appearance will be slightly different. Our friends at Townsend Butchers prepare their ham using pork locally raised in Simcoe, ON. Compared to other fattier pork cuts, ham is a lean and flavourful cut of meat just waiting to make it in your kitchen.

COOKING TIP: It's precooked, so you could just thaw it in the fridge, slice it up, and put it straight in a sandwich with some swiss cheese and a dash of Worcestershire sauce. Alternatively, you could heat it up in the oven whole with some pineapple slices and turn it into a dinner centerpiece with a side of scalloped potatoes and green beans.

*Due to the nature of this product, it cannot be vacuum-sealed.