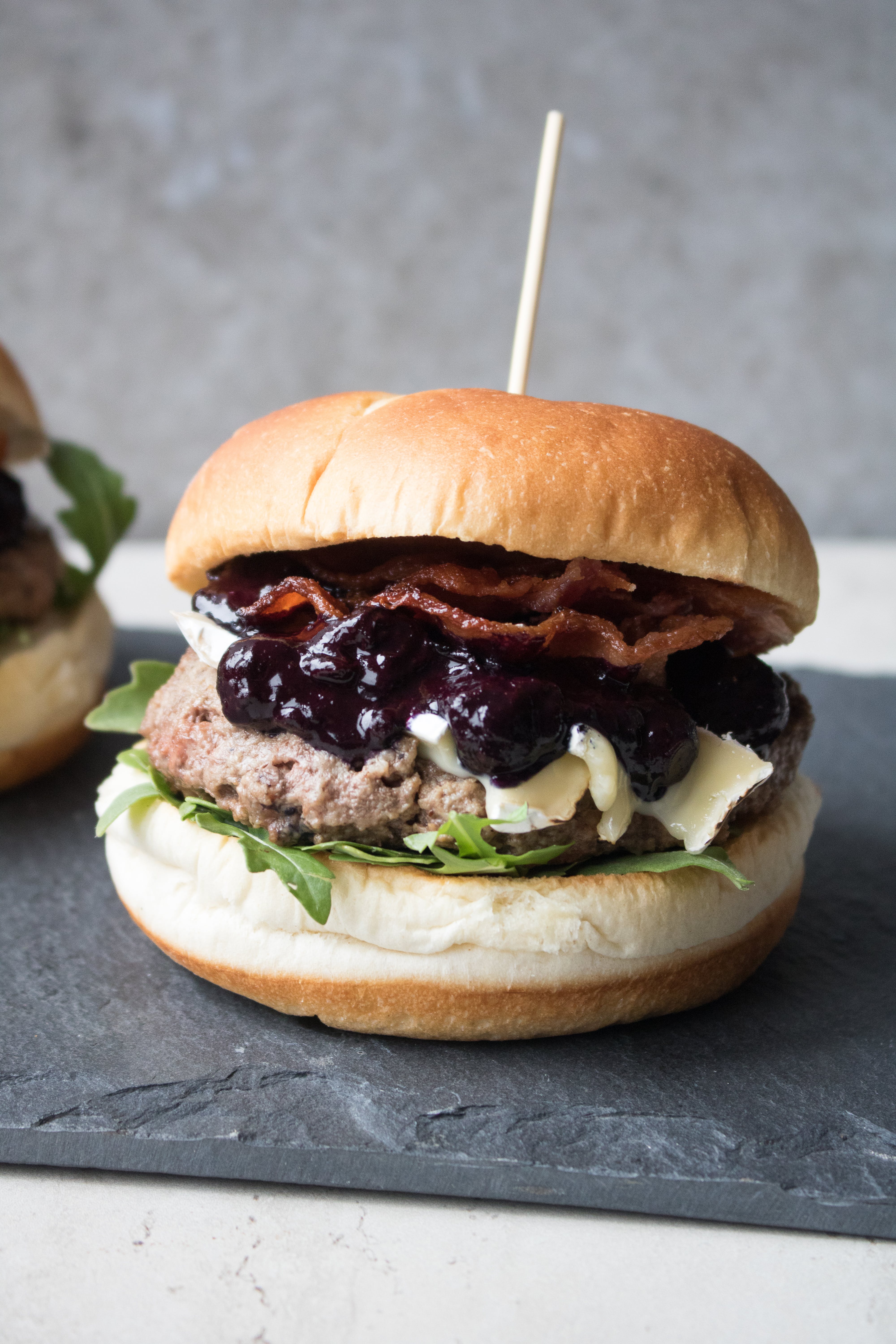 The perfect mix of sweet and savoury, these gourmet burgers are an elevated take on a classic bacon cheeseburger.

1. Begin by making the blueberry compote. In a small saucepan on medium heat, combine the blueberries, sugar, flour, cinnamon, water and salt. Bring to a bubble then reduce the heat to a simmer and cook, stirring frequently for 4-5 minutes, until berries burst. If you find the mixture too dry add a splash of water. Continue to stir until the mixture thickens slightly, then remove from the heat and set aside to cool.

2. Cook the bacon. Add bacon slices to a cold skillet, transfer skillet to the stovetop on medium-high heat and cook for 8-12 minutes, turning the strips, until desired crispiness. Once cooked, remove the bacon from the skillet and drain well on a plate with paper towel.

3. While the bacon is cooking, pre-heat a grill (or grill pan) to medium-high heat, grease with oil or cooking spray, and season burger patties on all sides with salt and pepper.

4. Add burger patties to the grill and cook, covered, for 3-4 minutes until nicely browned on the first side. Flip burgers and continue cooking for a few minutes more until desired doneness is reached. When the burgers are almost done cooking, add brioche buns to the grill and toast until golden brown.

5. To assemble the burgers, add 1 teaspoon of mayonnaise to the bottom burger bun. Layer the bun with arugula, burger patty, 1oz of brie cheese, a dollop of blueberry compote, 2 slices of bacon and top with burger bun.